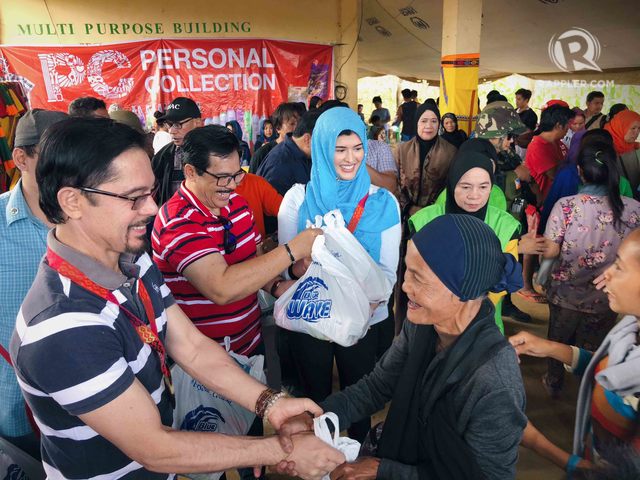 HAPPY TO HELP. Christopher de Leon and Mariel de Leon happily give basic supplies to those in need in Marawi. All photos courtesy of Mariel de Leon

Days before she crowns her successor, reigning Binibining Pilipinas International 2017, Mariel de Leon, visits the City of Marawi in Lanao del Sur on a personal outreach program on Thursday, March 8.

Mariel was accompanied by her father, actor Christopher de Leon and mother Sandy Andolong to meet and personally give relief packages to 1,500 families and 150 kids in Bito Bua Bi Itoa.

The Marawi crisis may have ended, but the rehabilitation of the city continues. The most basic necessities are helpful to the residents. Items given to the families included underwear, soap, cleaning materials, bags, flashlights. Children’s goodie bags included toothbrushes and toothpaste, crackers, candies, water, shirt, and school supplies. The goods were sponsored by Personal Collection through the efforts of Christopher and his wife Sandy Andolong. 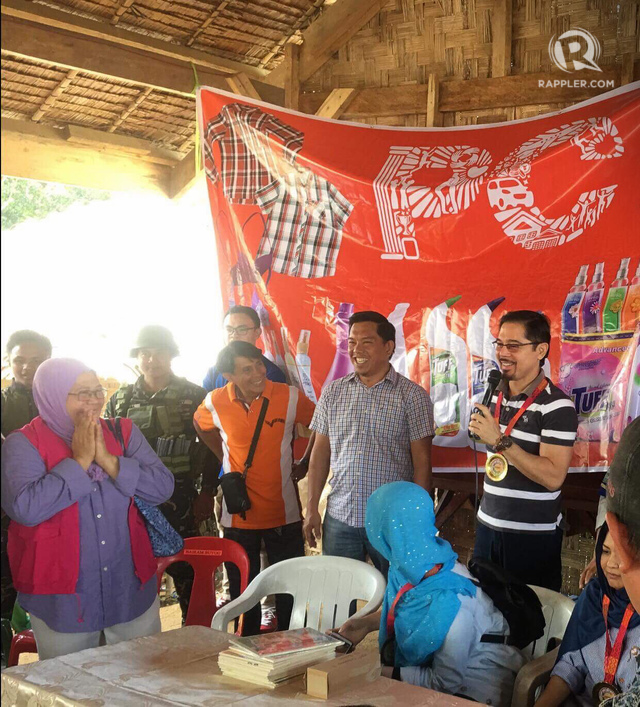 When asked what inspired her, Mariel said: “My love for my country will always be in my heart no matter how hard it can get here in the Philippines. Watching all those people in the news going through horrifying and violent times, their homes being bombed, and then now trying to rebuild, it absolutely broke my heart. So instead of just watching it on the news and feeling helpless, I decided to act on it.

“I have always wanted to come to Marawi and give back in any way that I can, so I did with the help of my parents, Grace Firmeza, Angie Laborte, Councilor Jun Lucman, and Doctor Abdel Lucman.” 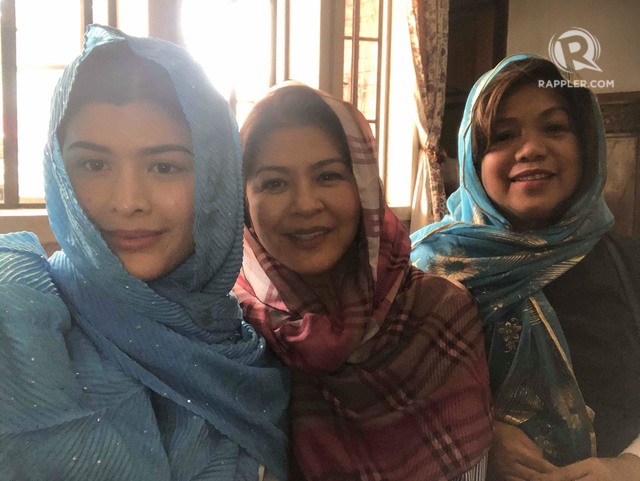 When asked if she was hesistant or scared to visit Marawi, she said, “At first I was scared to go to Marawi because I didn’t know what to expect. I didn’t know if it was really safe or not but I took the chance because I was doing it to help the people there. Fortunately, the government and the military were kind enough to escort us to where we needed to go.”

During her visit, she and her family got to talk to those who endured the war.

“I got to talk to the family of the councilor and they told me about their story and how the mosque and homes which they built were bombed. Their homes were taken away from them. They still havent gone back to where there homes are which is now known as ‘Ground Zero.’ Their homes are gone and they’re too heartbroken to go back.” 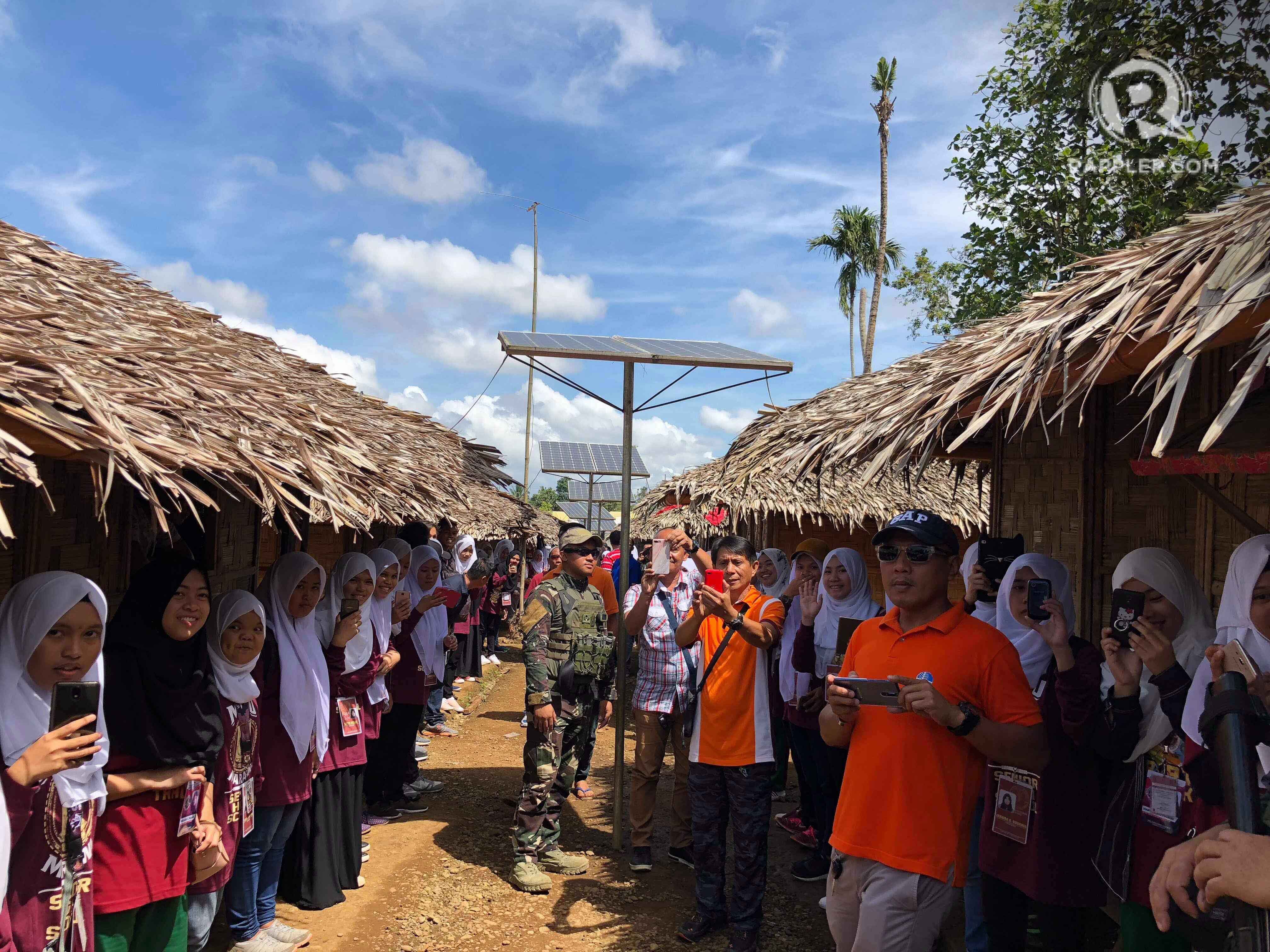 WARM WELCOME. The Maraoans welcome the De Leon family to the camp where relief goods are distributed.

Although her reign will be over by in less than two weeks, the beauty queen will continue to be involved in charity work. Clearly, this isn’t just an advocacy for her to leverage on pageant night because she is no longer competing.

Mariel said, “Even though the war is over in Marawi, there is still alot to be done. They need clothes. Basic house stuff. Underwear. Shoes or slippers. It doesn’t have to be a grand gesture but any help, big or small, will be appreciated by them. The war maybe over but the Maranaos’ struggle to bring normality back into their lives continues. In my mind, the Marawi Crisis was something so big that an ordinary citizen like me wouldn’t be able to help, I’m glad I did and I hope many others will continue to do so.”

Truly, there is nothing more beautiful than the youth making a difference in other people’s lives, an empowered women going out to do good, and seeing Filipinos helping fellow Filipinos.

This article originally appeared in Rappler.
All photos courtesy of Mariel de Leon unless otherwise indicated.