The year in pageants: The glitz and glam of the 2017 pageant queens Filipino pageant fans had a lot to be excited about during the 2017 pageant season. Here’s a look back at some of the events that will forever be marked in pageant history. 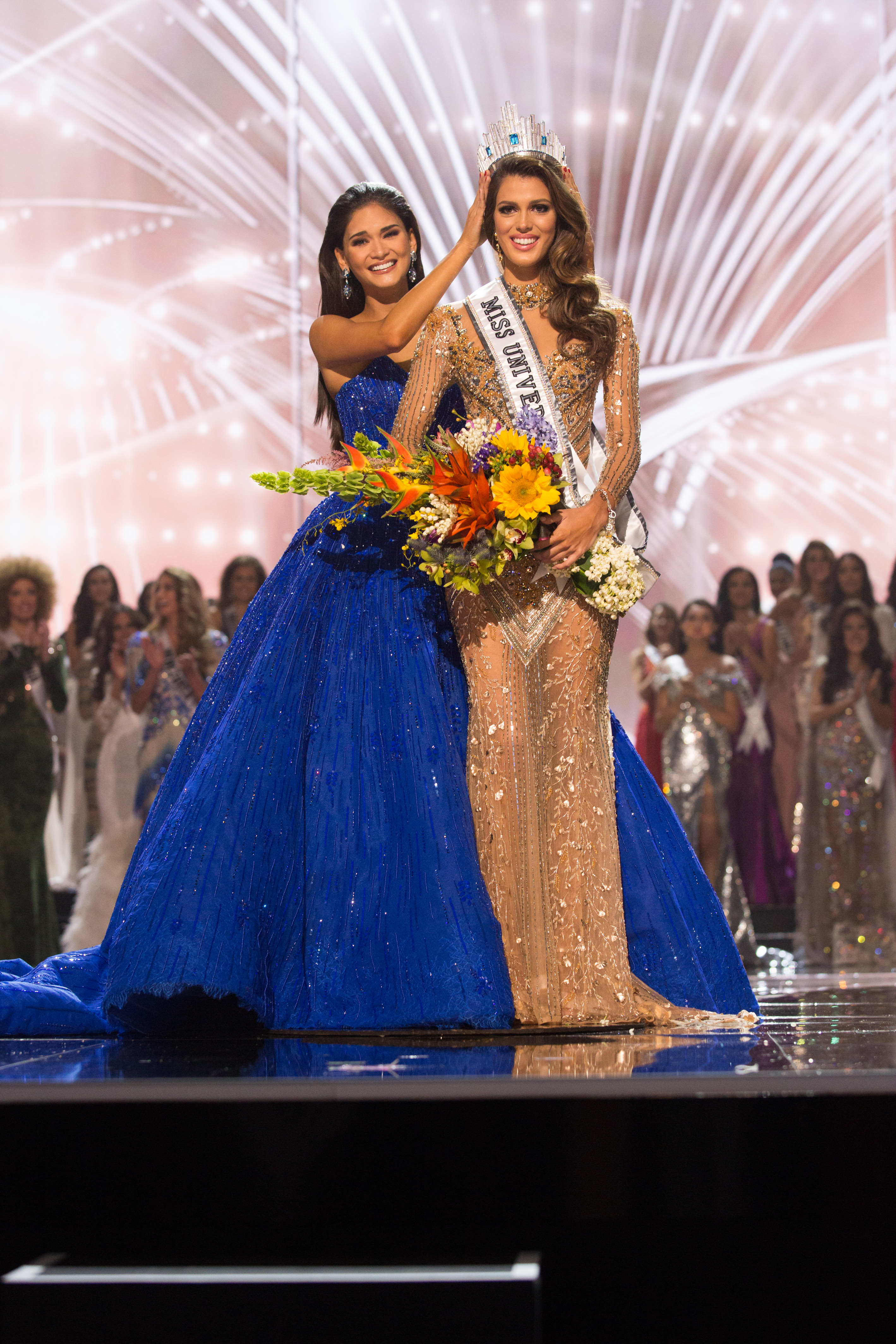 Pia dazzled the universe again during the Miss Universe 2017 pageant where she served as telecast judge for the pageant.

Iris Mittenaere, Miss Universe 2016, also wore a red ombre, fully beaded, bustier gown with a matching, dramatic detachable train. In one of her social media post, Iris was like a giddy little girl playing dress up. The gown fit her like second skin. 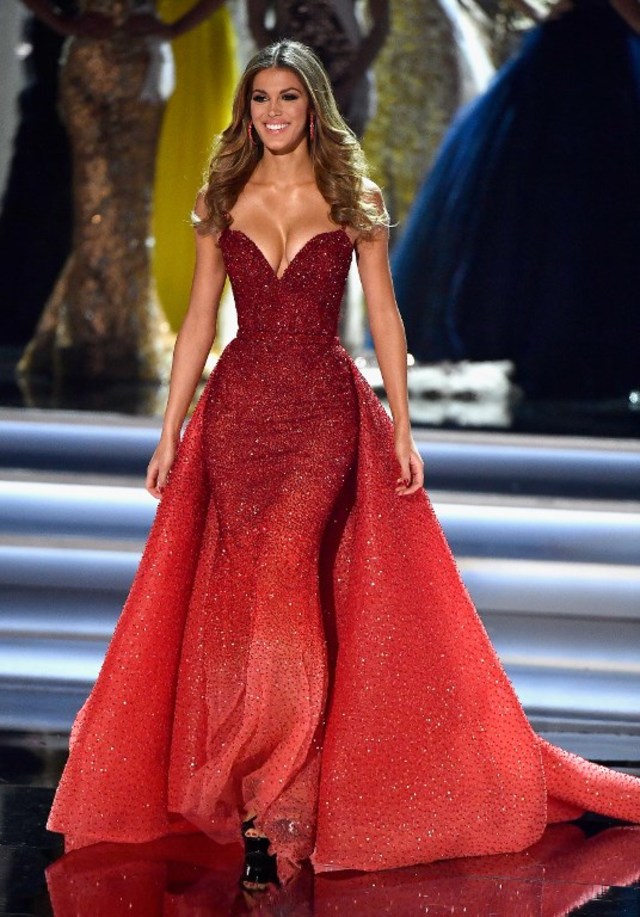 If you are the outgoing titleholder and do not want the spotlight to shine less on you that night, then wear a Michael Cinco gown. You might say goodbye but you certainly will not be forgotten. 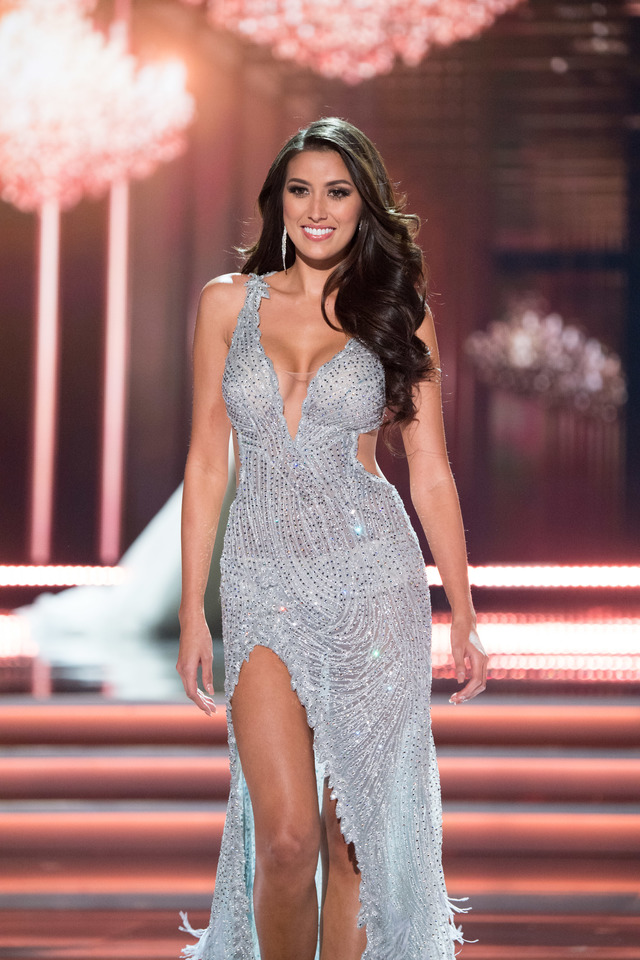 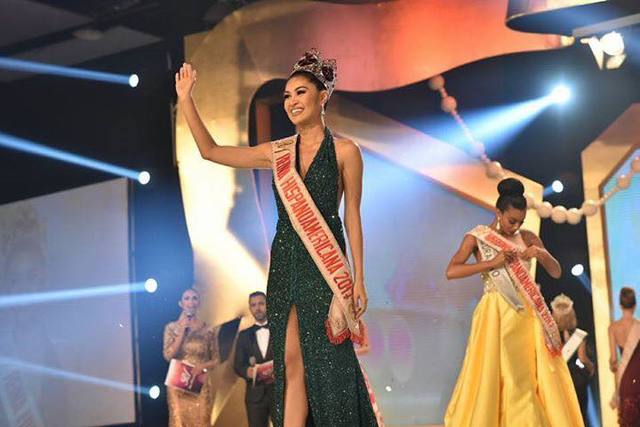 It seems that Filipino designers and Dubai are a match made in couture heaven.

Two of the most memorable gowns for the 2017 were created by Mark Bumgarner. Laura Lehmann was Mark’s muse for both the Miss World Philippines 2017 and Miss World 2017 pageant. Mark transformed Laura into a living Barbie doll with his choice of bright, primary colors, exquisite construction, draping and folding techniques. Both gowns were devoid of the nude, crystal studded, embroidered pageant standard. 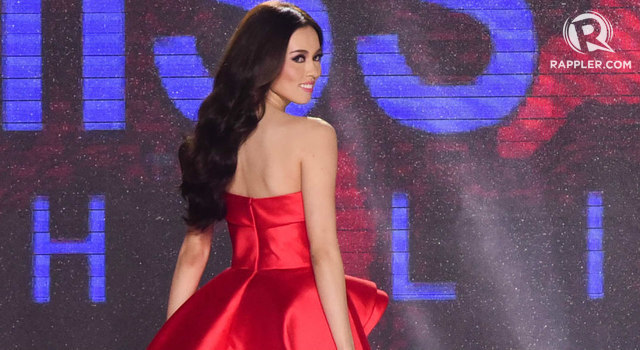 Teresita “Winwyn” Marquez managed to win our first ever Reina Hispanoamericana title during our first attempt. Winwyn has truly lived up to her namesake. 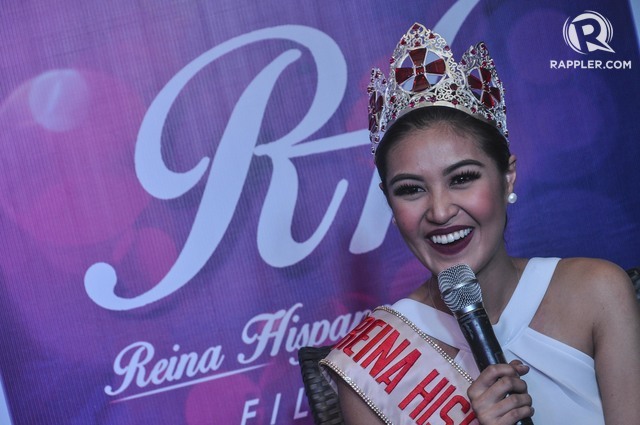 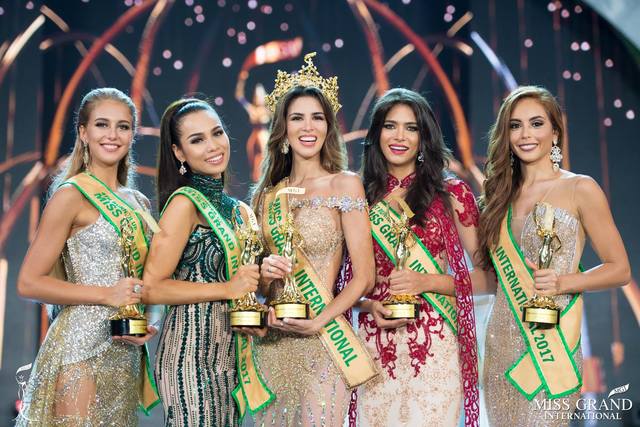 Maria Angelica de Leon, Bb. Pilipinas International 2017, went to Tokyo with the odds stacked up against her. Since 2012, no reigning country has managed to enter the semifinals of the Miss International pageant. Some refer to it as a curse or a trend that prevails because the organization does not want to have a back to back victory. Unfortunately for the competing queen, the reigning titleholder was from her own country, Kylie Versoza of the Philippines. Regardless of the circumstance, Mariel gave it her best and represented our country beautifully.

The pressure on Rachel Peters’ to continue the Miss Universe placement streak that began in 2010 was unimaginable. But she convincingly managed to secure a Top 10 finish for our country. On the competition aspect, it is exciting to want to continue placing and winning every year for the country. However, for the woman competing, it may feel overly burdensome to carry such a load on top of the pressure of the competition by itself. Then again, this is what makes our Binibinis stronger and indomitable beautiful women.

Chanel Olive Thomas, Bb. Pilipinas Supranational 2017, was able to bring her own brand of sunshine in Poland landing her a Top 10 finish. She was the last of the Binibinis to compete in 2017.

Upon their coronation last April 30, 2017, it was not a far fetched idea to imagine that each one of the Binibinis could all potentially win their international competitions. They were the perfect Binibinis that we all dream of having. In fact, they all somehow personified the ideal beauty queen to many Filipinos. Beautiful, tall, amazing bodies, educated, well-bred, charming, and best of all, articulate.

There were very high hopes but surprisingly were unable to bring home a crown. In the world of pageantry and in any competition, there can only be one winner. The spirit of beauty pageant competition lies in the graceful acceptance of placement and to be proud of our candidate regardless of outcome. Because that is when they need the love and support most.

A valuable lesson to Filipino pageant fans is to remember to always be humble despite our previous successes. To support our beauty queens is to not only be there during victory but also in defeat.

The only Binibini left to compete is Katarina Rodriguez, Bb. Pilipinas Intercontinental 2017. She is the last hope of BPCI to bring home an international crown from her batch.

This caused a frenzy among the national directors who normally had only 1 representative for 2 or more pageants. So, they had to scramble for substitutes and training for all candidates being sent abroad.

The local beauty camps of Aces and Queens and Kagandahang Flores who each had 3 queens in Binibini and other winners were inundated with prepations for their girls. Even the pulling out of gowns and outfits from the limited pool of designers became quite tricky. Thankfully, the years of experience and resiliency of the candidates proved to be paramount to their successes.

Thirty years ago in the world of pageantry, it was dominated by South America, North America and Europe. There used to be a term tossed around of having a “token” semifinalist spot. Typically, the “token” candidate was usually from Asia or Africa.

After studying the Top 16/15 from Miss Universe (16) , Miss World (Top 15), Miss International (Top 15), and Miss Earth (Top 16), the regions where they came from shows that it is a more inclusive, diverse world (at least in pageantry). That beauty is no longer just confined to the blue eyed blondes of Europe or the fierce beauties of South America. A closer look at the 62 placements revealed that those who entered the Top 16/15 (62 total placements) were:

Karen Ibasco of Manila won the country’s 4th Miss Earth title. She wowed the world with her enigmatic personality and Q& A prowess. Although her hometown win was considered to be controversial by pageant fans, I believe that Karen’s performance was nevertheless a proud moment for the country. In pageant history, she will be remembered as Miss Earth 2017.

For the coming year, I hope that the inclusive trend continues to inspire people from around the world to look at beauty from different perspectives and to appreciate our differences in the same way we celebrate similarities.

Going into 2018, the Philippines needs to find fresh, and exciting beauty queens that break the mold and bring new energy into the Philippine sash. We are entering a period much like the Venezuelans did in the past. Being a front runner and a pageant powerhouse means that we cannot be complacent in training or preparations. The world expects us to wow them even more. Fortunately for us, we have a very deep pool of outstanding, educated and confident young women eagerly awaiting to show the universe the beauty of the moden Filipina. Makeup, toys, gadgets, and more – here’s what you can get at Miniso PH