The Philippines is touted as a pageant crazy nation: many young girls grow up dreaming of becoming a beauty queen. A testament to these Filipino ladies’ determination to reach their goals is some of this year’s Miss World Philippines candidates, who are pageant veterans. They have either joined a major regional, national, or even an international beauty pageant.

But a major crown, like the Miss World Philippines (MWP) crown, eludes them. Some have been so close to victory that they could almost feel the weight of the crown resting on their heads.

These ladies are unfazed by their previous pageant ‘losses’ – they are actually motivated to try even harder. In some cases, they’re determined not to try too hard and just enjoy the competition, so that their real and authentic selves would shine instead of that of a rehearsed pageant contestant.

Many pageant aficionados have been waiting for their return, and their supporters might just end up seeing victories this time around. Most of these candidates already have a solid group of supporters, which are expected to grow even more during MWP 2017.

These young women were asked why they joined Miss World Philippines and how this experience will be different from their previous ones. 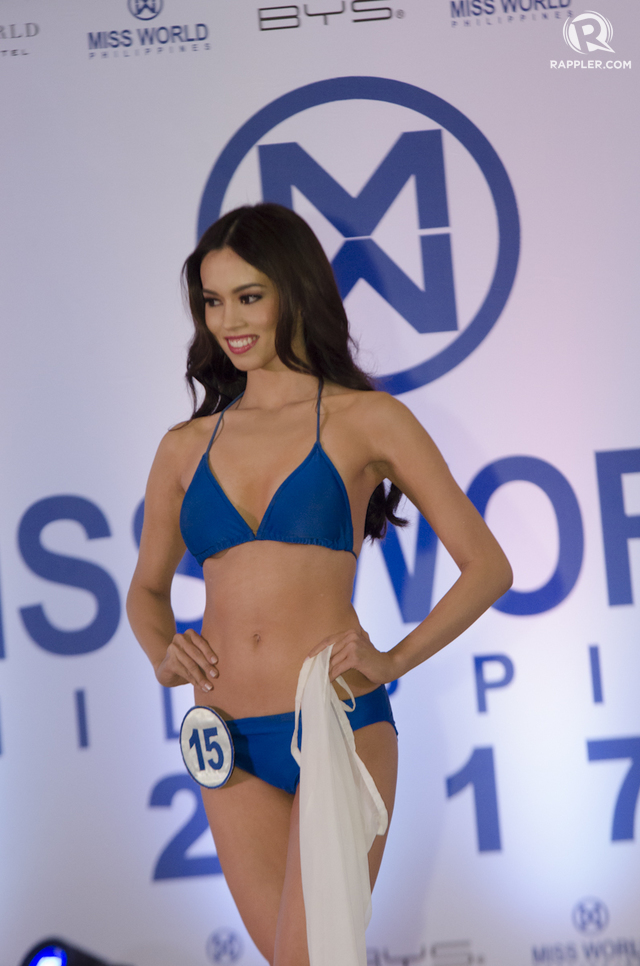 One of the major pageant favorites is Laura Victoria Lehmann. She was first runner-up at Binibining Pilipinas 2014, where she competed alongside MJ Lastimosa, who was Miss Universe Philippines 2014, and Pia Wurtzbach, who later became Miss Universe 2015.

“As you know, I was previously in another national pageant, and I was first runner-up there. I think it was expected of me to join that pageant again and a lot of people were pushing for that,” she said.

“At the end of the day, I think you really have to join the pageant that’s in your heart. And you really have to do what you’re passionate about and what you want. For me, that was the Miss World Organization. I like what they do, I like their advocacies, especially the ‘beauty with a purpose.’ This was in my heart and that’s exactly why I joined Miss World Philippines.” 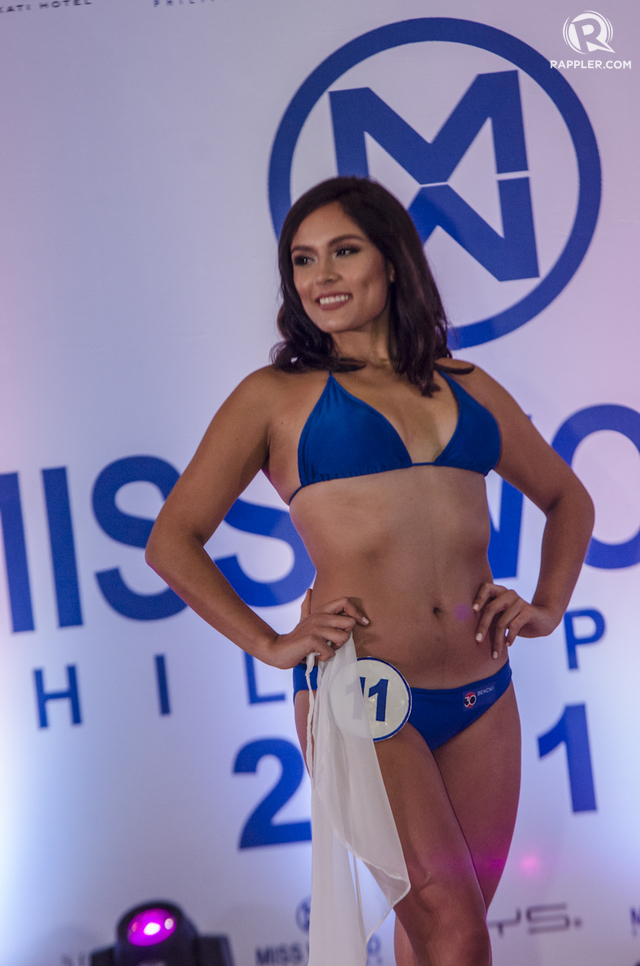 Gabriela Patricia Ortega was a Top 15 semifinalist in Bb Pilipinas 2017. She was born in Madrid and is a licensed architect. Although her age doesn’t qualify her for the Miss World Philippines title, she is still eligible for 3 other crowns such as Reina Hispanoamericana.

Many Latin American pageant fans question the upcoming participation of the Philippines in this pageant’s 2017 edition in Bolivia. Maybe the best way to earn the country a rightful place in the pageant is to send a Spanish-speaking candidate who was born and raised in Spain.

“I joined Miss World because they extended the age limit to 26 years old because they now have another 3 crowns. I want it so bad that sayang naman(what a waste), that I was in the Top 15 in my previous pageant, and I was so close. And at the same time, I didn’t reach that goal to represent the Philippines internationally. I believe that experience is something you cannot compare with anything else. And I want to promote the country and say that I am a Filipina worldwide. So when I knew I had another chance, I joined,” she said. 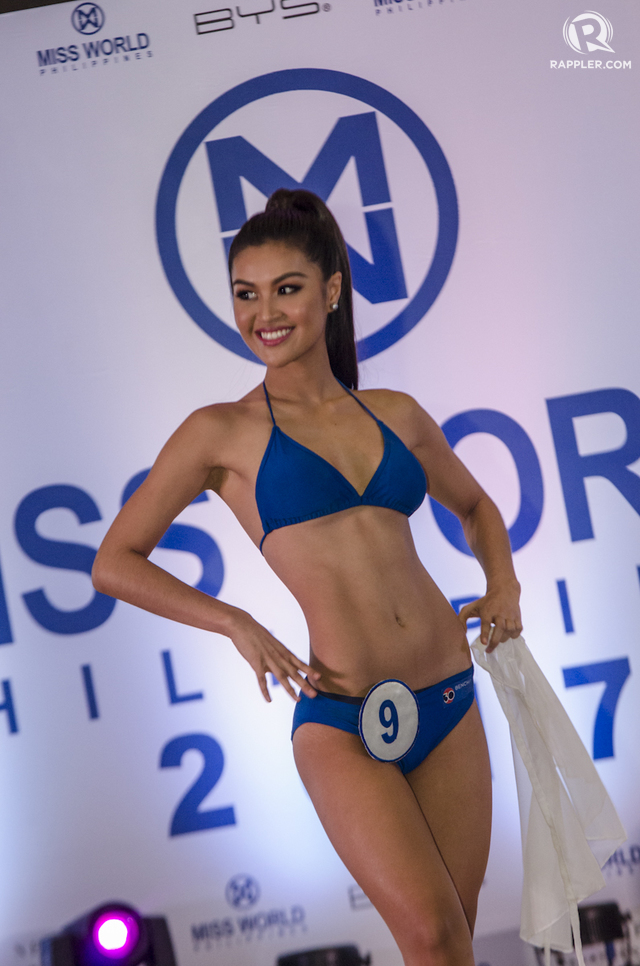 During Bb Pilipinas 2015, Teresita “WinWyn” Marquez bagged 3 special awards and landed in the Top 15. Her supporters have been awaiting her return to that pageant, but she decided to go with Miss World Philippines.

“It’s going to be different because I can voice out my own advocacy that I’ve had. I’ve had this advocacy called PoUCh (Poor Urban Children) from Southville International School and Colleges. I’ve been part of it since graduate school. Miss World is such an opportunity for me to get attention from a lot of people to voice out and to reach more hearts to help in my advocacy,” she said. 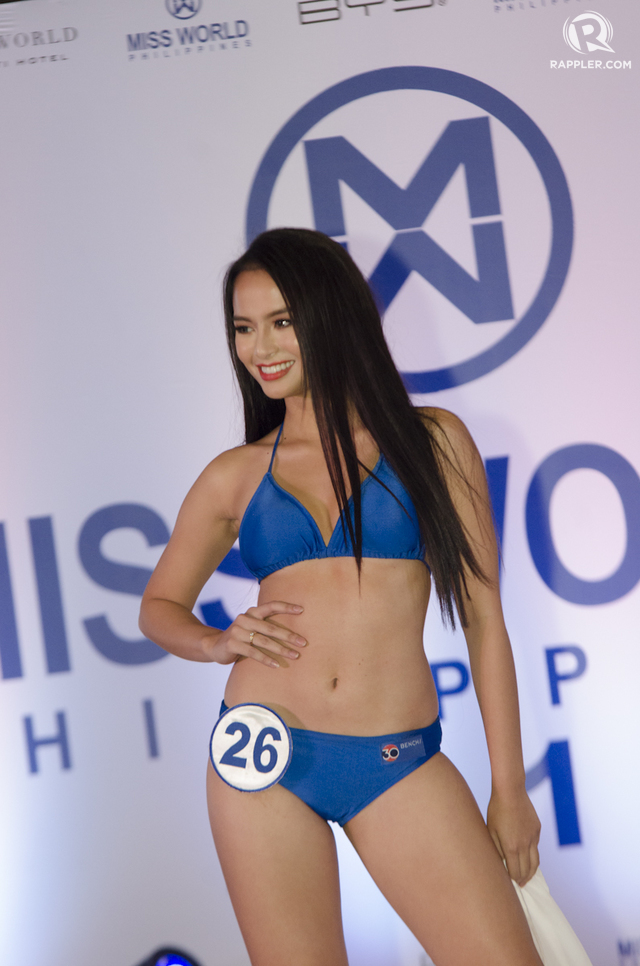 Janela Joy Cuaton has already proven that she can be successful at an international level. She was Miss Tourism Metropolitan International 2016 1st runner-up. We’ll see how far this experience can carry her in Miss World Philippines.

“I joined again because I found my purpose in Miss World Philippines. We actually have the same vision and mission, which is to help and empower the youth. I’ve had my charities since I was 15 and I believe that through Miss World, I can help more people,” she said. 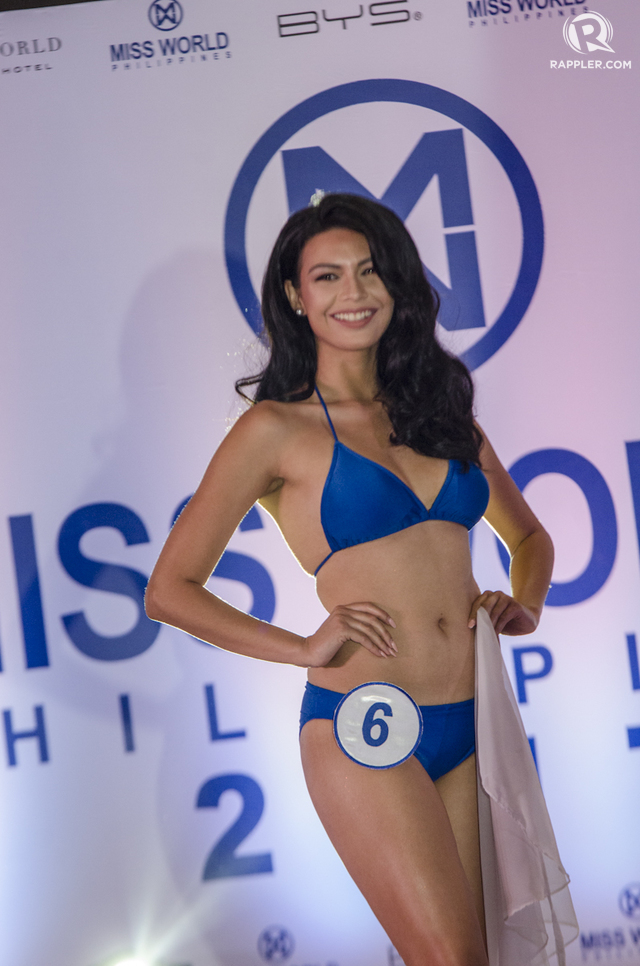 Jona Sweett was crowned Miss Philippines Earth Eco-Tourism 2015. She is hoping to win one of the 4 crowns at stake in Miss World Philippines 2017.

“I decided to join MWP 2017 because I believe this pageant really focuses on unity and giving back something to the community. Two years ago, when I won a national title, I had an idea to organize a birthday party for a cause in my province for my 20th birthday. But [I’m] sad to say it didn’t push through because of the lack of budget that I gathered from soliciting. My plan was I would buy school supplies for the less fortunate students in my province,” she said.

“If I win the Miss World Philippines title, I would use my crown as power to gather and influence more people to join me in my future charity events and make them realize that it is important to share your blessings by helping the less fortunate ones.” 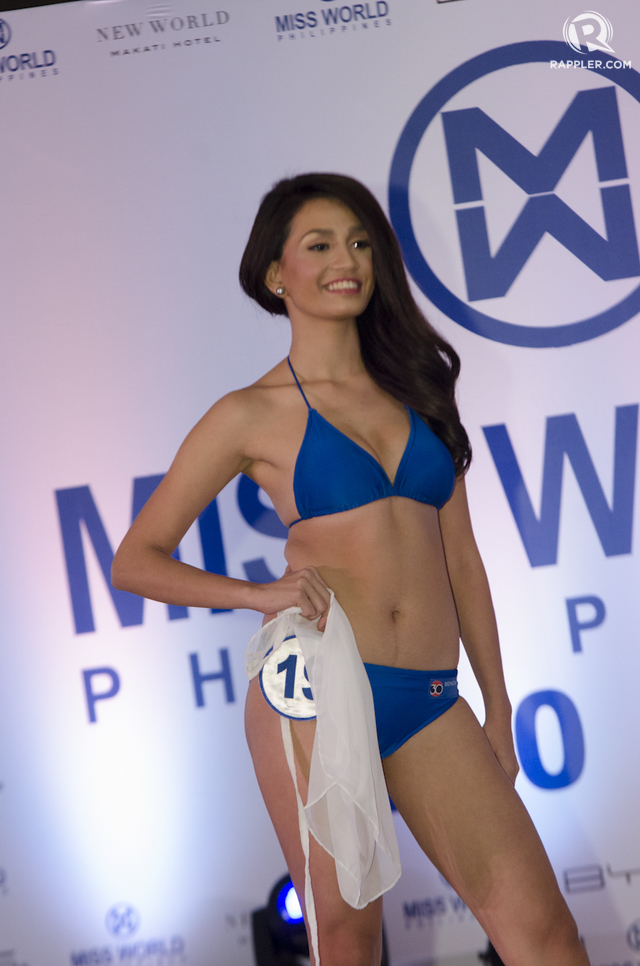 “For me, it is a dream come true that I am an official candidate of MWP. One more thing, I want to change nothing into something, because the advocacy of MWP is ‘beauty with a purpose,’ which I have. And I wanted to reach out to more people if I win this competition. That’s why I joined this competition,” she said. 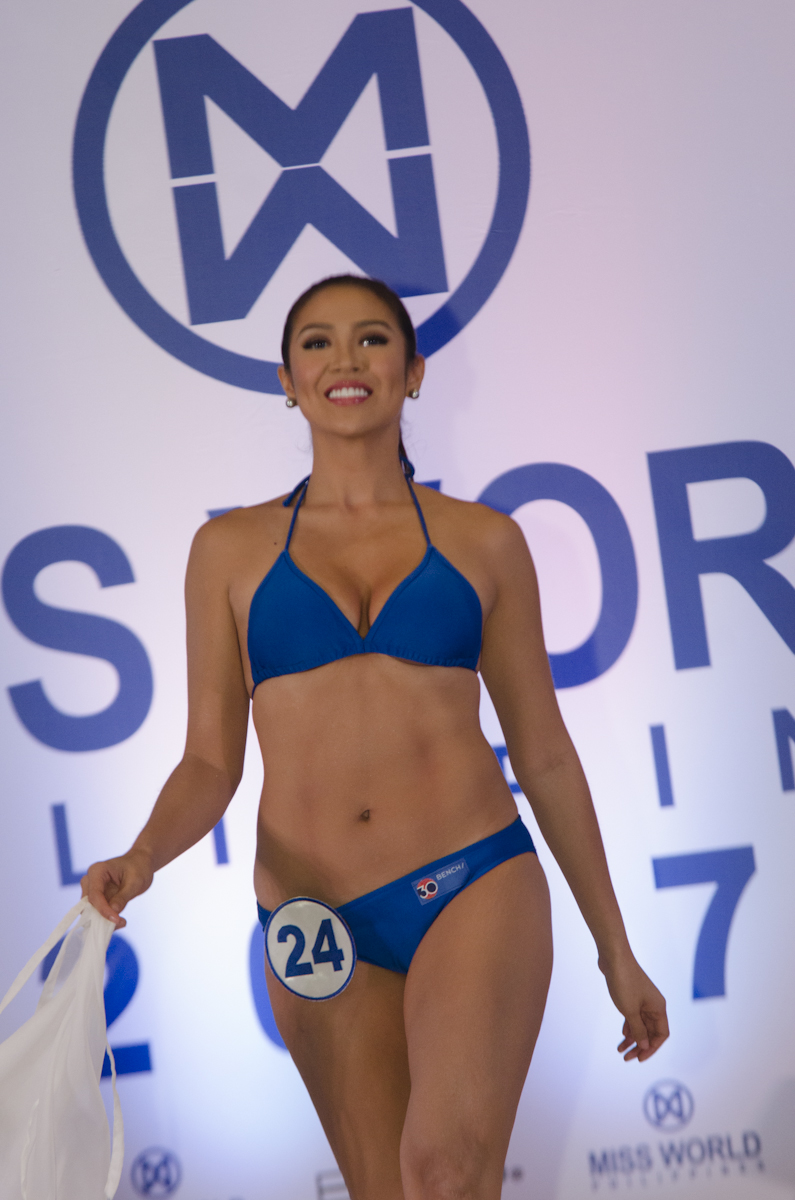 “I believe that if you join something, you should join it at 100% and give 100% of yourself. The key to that is turning back to your core, your backbone, to the why of everything. I feel that there is always a bigger picture. As a young girl, I dreamed of being a beauty queen. I want to be there for little girls who want to be the same. Hopefully, I can build bridges and these little girls can look to that and get there sooner.” 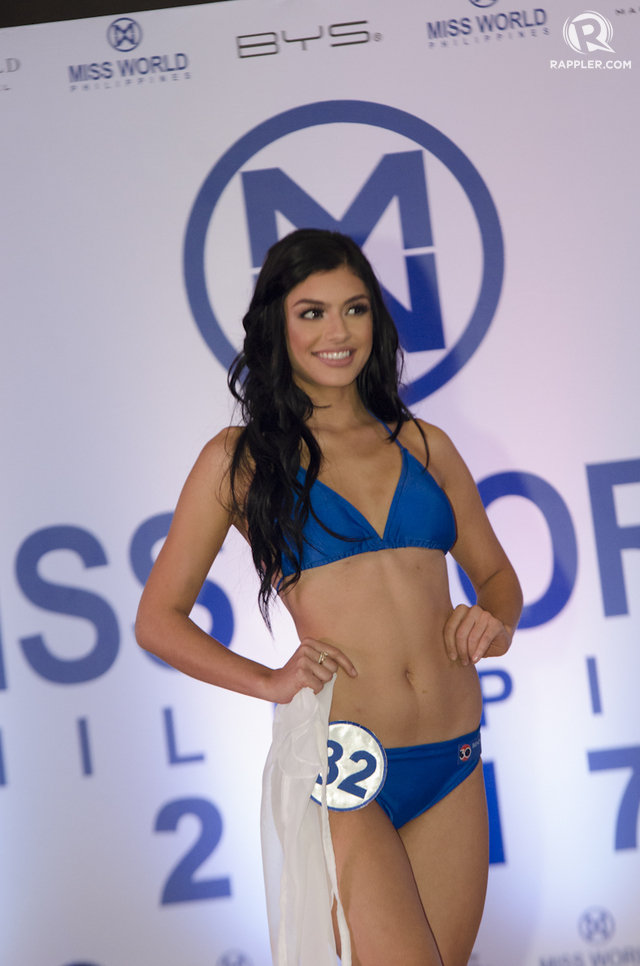 “I joined Miss World because their mission and vision is to help others. And that is what I want to do in life. I want to know my purpose in life too. To be able to inspire and to reach our to those people who need help,” she said. 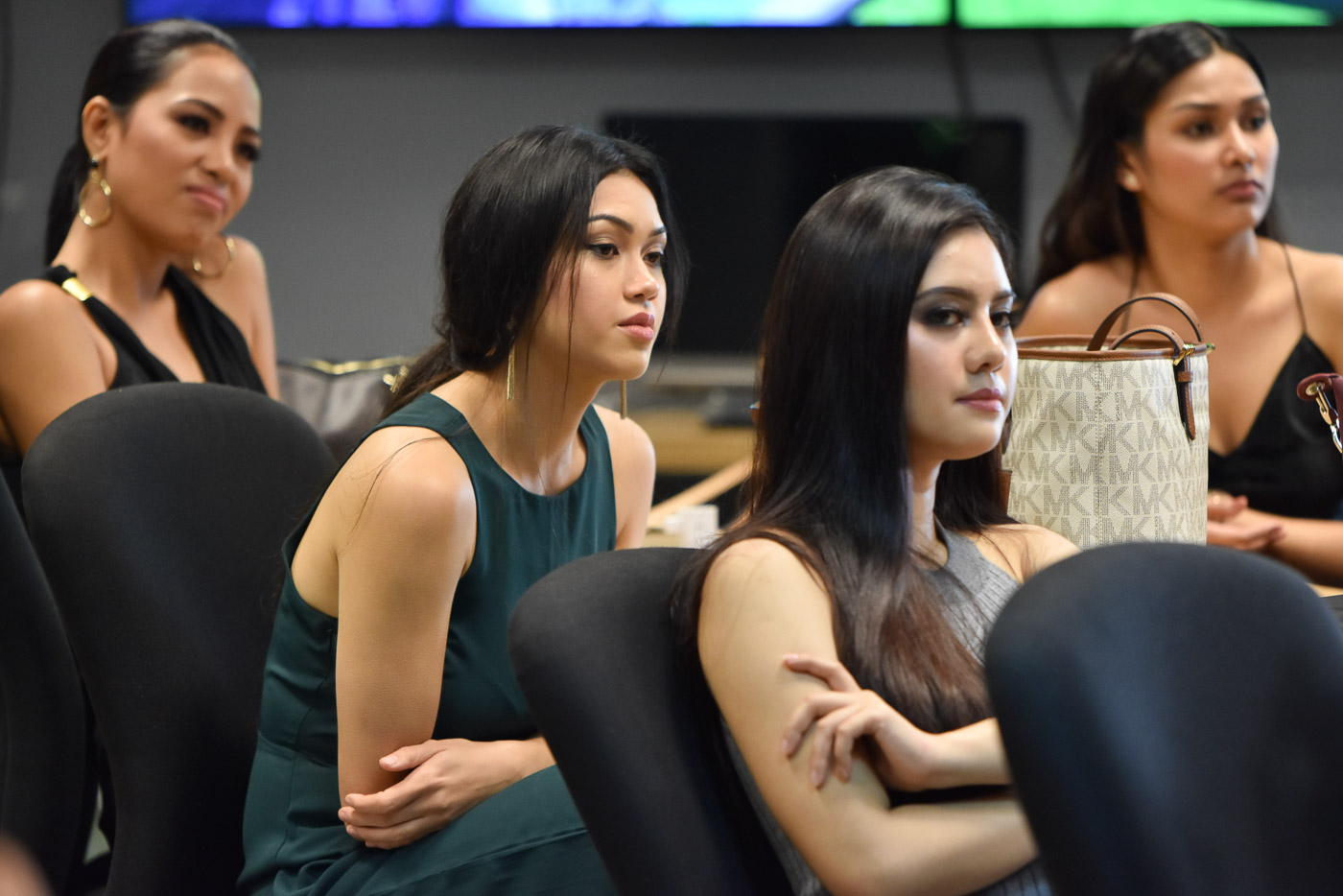 The Miss World Organization, headed by its National Director Arnold Vegafria and General Manager Bessie Bessana, is determined to have a very fair and impartial process. In fact, during the Social Media Seminar at the Rappler headquarters, several contestants were to be interviewed separately for a news article. Instead of selecting the ones popular with social media, the MWP Organization resorted to a number generator that randomly chose the 6 candidates who would be given an interview. (READ: Megan Young’s advice to the Miss World PH 2017 candidates)

Pageant experience can certainly help a candidate and polish their runway skills and their ability to handle pressure during the pageant and the Q&A. But it is not a guarantee for success. Like all other candidates, whether experienced or not, each one has the same chances of winning the prestigious Miss World Philippines 2017 crown. It all depends on how they perform during the all-important coronation night.